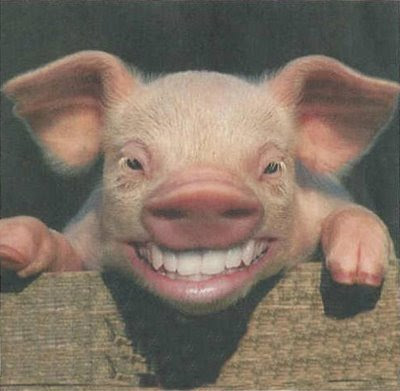 I wont lie to you, last week was tough on Pig's Picks in the SEC. I missed some games but I have regrouped and you are still up in money for the year if you have gone with me every week. I apologize for last week and lets make back your money.

Who would have predicted this line at the beginning of the year? Ole Miss favored by almost a touchdown over the awwwwburn Lambs? Ole Miss comes into this one after a big SEC West win over improving Arkansas last week and the Lambs come in after an embarrassing blowout loss last Thursday night at West Virginia. Ole Miss has lost four games but could have won all of them, including the Alabama game. That is the good and bad news. The good news is they are good enough to be in every game and have a shot at the end. The bad news is they usually find a way to lose. I have diagnosed this Mike Shula disease as he made this strategy famous (see about every game against the upper tier SEC teams in his tenure). Anyway the game is in Oxford and Houston Nutt has owned Tommy Tuberville in the past. Auburn is reeling and looks like they may have thrown in the towel for the 2008 season. Plus Tuberville hosed Ole Miss with the way he left them years ago. Sure it was a long time ago but the Rebels have not forgot the way he left or his terrible choice in clothing. Lets go with the Rebels.

Steve Spurrier returning to his home state next year to save the Vols from despair? I just completely made up that rumor but feel free to run with it if you want. I think a more likely scenario is the 'Ol Ball Coach wanting to stick another L on his old nemesis Fat Phil Fulmer. Everybody is taking their shots at Tennessee this year, as they are just plain bad. The Vols need to go 3-1 in their next four to become bowl eligible. The good news is the tough part of their schedule is over with as they have already taken their licks from Florida, Georgia, and Alabama, all of whom are in the top 10 nationally. You will hear how Tennessee is desperate for a win and will come out and play hard but once again, it wont really matter. The Vols just do not have the playmakers to move the ball consistently on the Gamecock defense. While I do not think South Carolina is the greatest thing since sliced bread I think they are good enough to beat this Tennessee team by at least 5 1/2 at home.

I did some research and yes, both of these teams are still in the Southeastern conference playing football in 2008. I will keep this one short and sweet as I know you do not care about this game or its outcome. The game is in Starkville, MS so all 57 people at the game will give the Bulldogs a decisive home field advantage. Kentucky comes into this one with 5 wins and just needs one more to become bowl eligible. Mis-Stake enters this game with 3 wins and is probably close to giving up on coach Sly Croom and the 08 season. Kentucky got CRRRRUSHED last weekend by Florida and has guys like me starting due to the 493248903284320 injuries they have suffered. With that said I still like Grumpy Ol Rich Brooks and think he can rally the troops and get that elusive sixth win this weekend.

The battle of Louisiana. Well not really because Tulane has turned out to be bad. LSU is coming off its second loss of the season (neither one of them being close games) and has a huge game next week against #2 Alabama and Nick Saban. LSU should roll in this one with the only exception being if they completely overlook the Green Wave. This is a huge line but I think it happens, barrrrrrrrrely.

The Hogs a touchdown dog at home against the Golden Hurricane???? Wow, what a crazy season. I have to admit I have not seen Tulsa play this season so I have no idea if their record and top 25 record is legit or not. I am picking with my guy here and saying Coach Bobby Petrino and his Hawgs step up and at least cover in this one.

The World's Largest Outdoor Cocktail Party. A huge game in its own right, and even bigger this year as both teams are playing for the SEC Title and a chance to keep their national title hopes alive. Urban Cryer and Mark Richt both seem like arrogant jerks but are also great coaches. The Dawgs snapped the Gators streak over them last year with a big whipping and a famous personal foul call as the entire team stormed the field to celebrate the game's first touchdown. That is big news right now but won't be when the game starts. Georgia looked good against LSU last week but they are playing a better Gator team tomorrow with a lot to play for. I like future anger management patient Tim Tebow and the boys from Gainesville in this one BUT only by a FG...thus I like the Dawgs to cover.

Homecoming in Tuscaloosa. The 2nd ranked Crimson Tide step out of SEC play to take on the Arkansas St. Red Wolves in this one. I will keep this preview short and sweet. Alabama is better and should win by multiple touchdowns. Arkansas St. is not completely terrible however and has shown they can score (83 points in their second game) and has the top ranked defense in the Sun Belt Conference. They have lost three games this year but have not been blown out of any of them. They have also not played a team like Alabama yet. Alabama will win, but the question is will they let an inferior team hang around and let the game be closer than it should be? I hope not, but am going with history on this one, but I hope I am wrong.

PIG PICK'S: Arkansas St. to cover, Alabama to win.
Posted by Nick Johnson at 6:57 AM