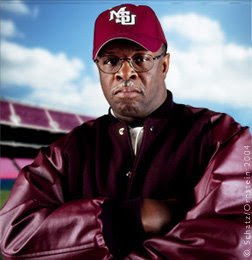 A win over # 1 Alabama in Tuscaloosa would make State's season. It would make their third win in a row over the Crimson Tide and would put Croom (a Tuscaloosa native) back in brighter light in Starkville. Fortunately for us, it shouldn't happen. The last two seasons turnovers have doomed the Tide in this game. If we run the ball and play defense like we have all year and do not give the Bulldogs easy points we will win this game. Alabama is on a mission to make the national title game and will not overlook this team.
Posted by Nick Johnson at 7:48 AM